In a hurry? Check out our recommendations below: 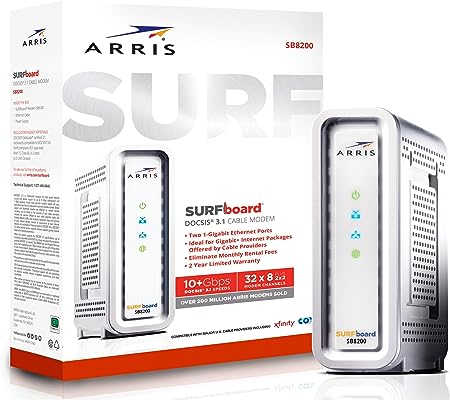 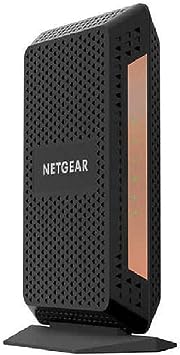 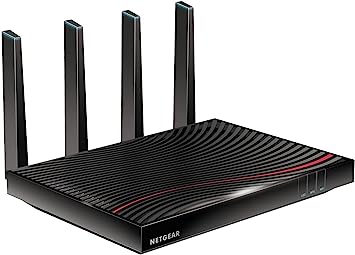 Even though DOCSIS 3.1 modems have started gaining popularity only recently, there are still a fair bit of modems out there and each of them is a little different. So to make life easier, we went ahead and compared 3 of the best-selling and fastest DOCSIS 3.1 modems on the basis of the following criteria:

Important to note: None of these models have the Puma 6 chipset that has caused issues in the past.

This Is The One

The most advanced modem you can buy and one of the best modems for gaming.

The MB8600 is one of the latest DOCSIS 3.1 modems out there and packs some of the newest technologies. We particularly like the Active Queue Management (AQM) which significantly reduces latency or ping which means more responsive lag-free gaming and smoother video calls.

It also supports more ISPs including Comcast, XFINITY X1, Cox, WOW, Spectrum, Grande Communications, and CableOne. It also has the 4 ethernet ports, more than others in its price bracket.

The build quality is also great. It’s built like a tank by Zoom Tel, an exceptional manufacturer based in Boston. On top of that, you also get a two-year warranty period with the Motorola modem, compared to the 1-year warranty with NETGEAR or ARRIS.

Like other modems on the list, setting up the MB8600 is fast and painless. Just plug in the coaxial cable, contact your ISP to activate your modem using the MAC address and you’re set. And if you’re using Xfinity, you don’t even have to do this, just plug and play.

VERDICT: The reason we’ve picked the MB8600 to be the best DOCSIS 3.1 modem is that we think its the most future-proof and slightly better than its closest rival – ARRIS SB8200. But if you can find the ARRIS SB8200 for a cheaper price, pick it up because it’s a great device and perfect for the average user.

Check out my review of the MB8600 here for more details.

Another extremely affordable modem that gives you a lot of bang for your buck is the ARRIS SB8200. This bestseller from the 60-year old brand is a great alternative to the CM1100. Like the CM1100, the SB8200 uses Broadcom’s BCM3390 chipset, the preferred (and a very capable) chipset for the first generation of DOCSIS 3.1 modems which means you can expect a similar level of performance. In fact, all three of the modems on this list use this same chipset which means they all have similar upstream and downstream speeds.

This model has 2 ethernet ports and easy to set up with LED lights to help in the dark. One area where the SB8200 beats out the rest is the RAM. The ARRIS modem comes with 3GB RAM while the NETGEAR modem must make do with 256MB RAM.

In the design department, however, the two are quite different. Let’s just say if James Bond wanted a budget DOCSIS 3.1 modem, he would choose NETGEAR’s CM1100 and if Inspector Clouseau wanted a DOCSIS 3.1 modem, he would probably like the SB8200 a bit more (Batman would probably pick up the C7800). But don’t let appearances fool you, they’re both very capable modems for two very capable detectives. In fact, I think the SB8200 is a pretty sleek and clean looking modem. But of course, none of this matters if you’re just going to chuck it in a corner of the room.

VERDICT: ARRIS SB8200: A Great Alternative offers amazing value-for-money for the best DOCSIS 3.1 modem and works with a really wide range of ISPs. If you can find a great deal on it, we can’t recommend it enough.

Check out my review of the SB8200 here for more details.

The Budget King Gets an Upgrade

Netgear makes its second and final appearance in this comparison with the CM1100 – the updated version of its best-seller sibling, the CM1000. For a slight increase in price, you get one additional ethernet port and… actually, that’s it. So is that extra ethernet port worth it? It depends on you.

The extra ethernet port makes link aggregation possible which means you can connect a second ethernet link and enjoy twice the bandwidth and use the second connection as a backup if the first one fails. Or you can use it the more traditional way by connecting one ethernet port to your computer and one to your router.

It will sit pretty in a corner with its perforated sides and illuminating a corner of your room with its LED making troubleshooting easier (if the need ever arises). It’s also one of the easiest modems to set up with ISPs like Comcast Xfinity, Cox, Mediacom Cable, and few more supported right out of the box. In a nutshell, it’s a no-nonsense modem that works great streaming 4K movies, gaming, streaming – pretty much everything.

VERDICT: The CM1000 is a regular on “best DOCSIS 3.1 modem” because of its sleek perforated design, great compatibility, and of course, really fast internet. However, CM1100 goes one step further and adds what the OG CM1000 lacked – link aggregation, so now you can get a bit more creative with how you use your internet.

PROTIP: If you’re sure you won’t require the additional ethernet port, NETGEAR CM1000 is an extremely good value for money product and definitely fits all of the streaming and gaming needs of a single user.

Check out my review of the CM1100 here for more details.

The most expensive modem on our list and also the only one with a WiFi router built-in.

Netgear is one of the most established manufacturers of modems and routers so it really doesn’t require any introduction. But are you paying $300+ just for the brand name or does the NETGEAR C7800 actually pack a serious punch?

The C7800 is part of Netgear’s combo router+modems. You get a dual dual-band AC3200 router that can reach speeds of up to 3.2Ghz on a 2.4 GHz and a 5 GHz band. 3.2Ghz doesn’t make it the fastest router out there but I wouldn’t count on ISPs to launch affordable internet plans that can utilize higher speeds.

It’s relatively easy to set up, you get separate LEDs for different components, four-gigabit ethernet ports, and 2 USB 3.0 ports. The C7800 also uses OFDM technology to reduce network delay. Unfortunately, that’s where the good things about this modem end.

Perhaps, in an effort to cut costs, Netgear has decided not to include QoS setting and link aggregation. The C7800 also doesn’t support ISPs like Verizon, AT&T, and CenturyLink. But to be fair, many of the other routers don’t either.

The $300+ price tag may be a bit much for some people but you ARE getting a built-in AC3200 router. The reason it’s not actually on our list is most of our readers already have a router and are looking for the best modem. Plus, it’s missing out on some key features.

Related: If you have Comcast and are interested in more modem router combos.

VERDICT: If you’re looking for a new gigabit modem AND a new router – the NETGEAR Nighthawk C7800 is an easy upgrade and should be on your shortlist. However, we do recommend getting a router and a modem separately.

Want to learn more about the C7800? Check out my review of it here.

DOCSIS 3.1 modems are fast and affordable. MB8600 is the fastest but ties with the ARRIS SB8600. The deciding factors should be support for your ISP and price. But since these modems are within $10 of each other most of the time, it really boils down to your ISP.

We think the Motorola MB8600 is the best DOCSIS 3.1 modem for Xfinity but it may not work with smaller or local ISPs in which case the ARRIS SB8200 is the winner. That said, I’d like to emphasize the fact that DOCSIS 3.1 is quite powerful and every modem in this list will take care of your 4K Ultra HD streaming, business, and gaming needs without breaking a sweat.

4 thoughts on “Best DOCSIS 3.1 Modems: Which Is The Best Gigabit Modem?”